Releasing terrorists causes the murder and kidnapping of Israelis. 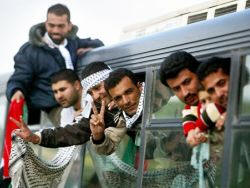 The premature release of terrorists from jail has occurred through two avenues: deals and gestures.

Past deals in which terrorists were released for kidnapped Israelis have caused additional kidnapping attempts.

Recent kidnapping attempts have been modeled on past successes, including the Schalit abduction: a shooting or suicide attack provides cover for a group of other terrorists to abduct a soldier. (Notably, one of these recent attempts was performed by two terrorists recently released from jail, one of them for the second time.)

The State of Israel has a moral responsibility to bring back home the soldiers who go out to fight for her. At the same time, Israel has a moral responsibility to protect the lives of its citizens. Releasing terrorists does not solve the problem of abducted Israelis, but instead exacerbates it while also creating additional dangers. Surrender to the demands of the terrorist organizations perpetuates a dynamic in which abducting soldiers is worthwhile. Therefore the problem of Israelis held hostage did not end with Schalit, who ultimately will be replaced by the next captive. Further, meeting terrorists’ demands means returning great numbers of murderers to their terrorist activities, thus endangering all Israelis. Therefore, the mass release of terrorists would be dangerous and unwise. Almagor advocates a number of means of pressuring terrorist organizations in order to help bring home captive Israelis while also making the kidnapping of soldiers not worthwhile. We have before us the choice to let our enemies take advantage of captive Israelis as a strategic weapon, or to address the problem in a rational, effective manner.

Freeing Israeli captives while not releasing terrorists will also help preserve morale in the IDF: the frequent release of dangerous murderers after a very short prison term threatens to make soldiers less willing to endanger themselves: why risk one’s life to capture a terrorist if he’ll just be released in the next deal and return to killing people?

Here are a few of the imprisoned senior terrorists whom the government has in the past considered freeing:

Ibrahim Hamed: Commander of Hamas ground forces in Judea and Samaria (the “West Bank”). Planned tens of bombings during the second “intifada,” including the suicide attack on Zion Square (Kikar Tziyon) and the attack on the Hebrew University cafeteria.

Ahmad Sa’adat: Secretary-general of the Popular Front for the Liberation of Palestine. Traded in munitions and participated in planning the assassination of Minister Rechav’am Ze’evi.

Marwan Barghouti: Secretary-general of Fatah in Judea and Samaria. Founded the al-Aqsa Martyrs Brigades, commanded the Tanzim force, and planned tens of shooting attacks during the second “intifada.”

All these terrorists have declared in interviews (Yediot Aharonot, July 2008) that they do not regret their crimes.

A terrorist release deal means the release of many terrorists like these, whose involvement in suicide bombings and shooting attacks was significant enough to justify endangering IDF soldiers’ lives to capture them.

The capture of these terrorists and the targeted killing of others by the IDF were critical in putting an end to the second “intifada.” The release of even some of them would severely worsen the security situation in Israel, with Israelis being killed by increased shootings, rocket attacks, kidnappings, and other acts of terrorism, and increased casualties in case of a retaliatory military operation.

The terrorists will not be made harmless by deportation, either. When exiled to Tunisia, Arafat and his associates still succeeded in directing terrorism against Israel, e.g. ordering the murder of three Israelis on a yacht near Cyprus in 1985 and playing a major role in planning and encouraging the first “intifada.”

Almagor cares deeply about Israelis who are held captives by terrorist organizations as well as the captives’ families, but we cannot permit ourselves to base policy on our concern for these unfortunate individuals. Society cannot function and survive that way.

When a prime minister decides to free terrorists as a political “gesture,” he does not reveal his real motives. Almagor invariably sues to stop such a move, and is given an explanation such as this one:

Yet such gestures have not thus far contributed to peace with the Palestinian Authority. On the contrary: PA employees are often implicated in acts of terrorism. Regardless of whether one is in favor of negotiating with the PA, it is obvious that negotiations must not include the release of murderers who do not regret their crimes, and who for the most part were convicted only recently and have served little time in jail. Such terrorists pose a grave danger to society.

The gestures also fail to have the desired effect on the Palestinian Authority. Rather than appeasing it, they encourage it to demand more:

These gestures are never announced publicly in advance. Generally the media hint at the possibility of a “gesture” or that there is talk of one, but the date and number of terrorists are announced by the government no more than a week before it is to take place.

The identities of the prisoners to be released are never announced more than forty-eight hours in advance. During these two days, Almagor volunteers take off from work to go to the Ministry of Justice in Jerusalem or to prisons and study terrorists’ files, which are not even always provided in time. During these two frantic days, the volunteers study hundreds of terrorists’ files and find proof that the dangers posed by the gesture far outweigh any possible benefit.

Many of these terrorists are not small fry, or else just youths arrested for throwing rocks, as is often indicated by the media, and they are not people who are nearing the end of a short sentence.

Usually, most of the terrorists on the list do not have “blood on their hands.” They tried to get blood on their hands, but they failed in their assignments and were arrested by the security forces. A terrorist who tried but failed to murder masses of people is no less dangerous than a terrorist who succeeded. On the contrary, after a stint in prison, during which failed terrorists pick up valuable terrorism skills as well as the adoration of a worshipful Arab street and leaders who call them “our heroes,” the terrorists are even more dangerous. 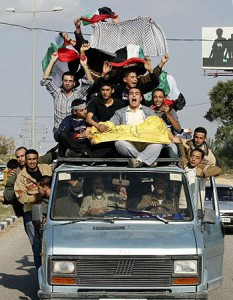