Israeli Apache helicopters operating against Hamas rocket-launching squads in the Gaza Strip on 9 September 2007 were attacked with US-made heavy machine guns. As it turned out, the weapons had been provided to the PA with Israeli permission prior to the Hamas takeover of Gaza. Following the takeover, the PA’s weapon depots, including the machine guns, fell into the hands of Hamas. This was in spite of repeated attempts by the Bush administration over the preceding two years to assure the US Congress that the military aid being provided to Mahmoud Abbas was not lethal. 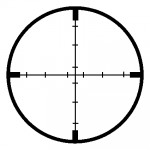 Sources close to the Aqsa Martyrs Brigades reported that the American guns transferred to the PA in 2006 were used to fire on three Israeli targets. The IDF apprehended several members of the PA Presidential Guard (Force 17) on suspicion of involvement in the shootings. Abu Yousuf, a PA security officer, hinted that they had indeed been involved.