Are terrorists deterred by the punishment in store for them? 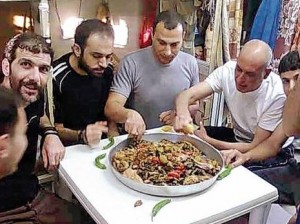 Terrorists in Israeli prisons enjoy excessively luxurious conditions at the expense of the Israeli taxpayer. The Almagor Terror Victims Association continues to apply pressure to eliminate every non-essential privilege that imprisoned terrorists receive:

Pocket money: An imprisoned terrorist is permitted to receive up to 1,600 shekels to spend as pocket every month, and receives at least one thousand shekels, courtesy of terrorist organizations. Just the salary that a jailed terrorist receives from the PA—regardless of the terrorist’s affiliation—can exceed 12,000 shekels per month. PA Prime Minister Salam Fayyad increased the value of these monthly salaries in the 2012 and 2013 budget of the PA (Hebrew). In total, the PA spends six percent of its budget on terrorists’ salaries. The imprisoned terrorists are permitted to use their pocket money to purchase sweets at the prison canteen, in addition to the soldiers’ menu that is available to them anyway, as well as other items.

Food preparation: Imprisoned terrorists are permitted to prepare food for themselves without limit.

Cable television: Many Israelis cannot afford it for themselves, but they fund it for imprisoned terrorists.

Family visits: According to international law, Israel is not required to permit imprisoned terrorists to receive any visits, because they are criminals and murderers, not soldiers. Even according to the position taken by the Red Cross, Israel is required only to let its representatives visit imprisoned terrorists. However, in practice, Israel permits these terrorists to receive visits by their family members (once they have been imprisoned for three months). Further, although most violent criminals in the world who are permitted family visits are separated from their families by a glass pane, but in Israel children of terrorists below age ten are permitted to spent ten minutes with the terrorists. Such contact with the outside world permits terrorists to plan attacks while in prison—which terrorists have succeeded in doing in the past. 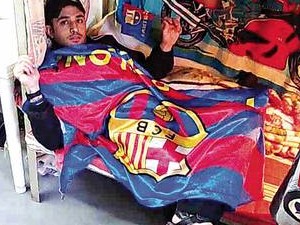 Entertainment: By law, a prisoner is entitled to one hour outside of his cell per day. In practice, imprisoned terrorists receive three hours and are afforded the opportunity to play table tennis, soccer, basketball, backgammon …

Cell phones: Many imprisoned terrorists illegally keep mobile phones in their cells. This allows them to communicate with the world outside, browse the Internet, and participate in planning terrorist attacks.

These are only some of the benefits enjoyed by imprisoned terrorists.

Such conditions as these do not seriously deter terrorists and terrorist organizations. On the contrary, these luxurious conditions are liable to strengthen the terrorists’ belief that what they are doing is correct. The conditions are so good that there are occasional reports of youths who purposely gets themselves arrested so that they will be able to go to jail and study for exams.

As a result of the benefits received by imprisoned terrorists, there is ridiculous de facto discrimination whereby terrorist murderers receive conditions far better than Israelis who have been imprisoned for relatively minor offenses—and even better than the living conditions of many law-abiding Israeli citizens.

What is more, cracking down on the living conditions of imprisoned terrorists is a useful bargaining chip in dealing with terrorist organizations.

Then what is the reason for the luxuries that these terrorists enjoy? Some people in the Israel Prison Service are concerned that if they did not in the first place give the terrorists what they demand, then the prisoners would make trouble.

Nevertheless, progress is being made. In 2011, largely due to pressure from Almagor and in order to pressure Hamas, which then was holding IDF soldier Gilad Schalit captive, some privileges were abolished. Notably, the terrorists were no longer permitted to earn academic degrees at no cost via the Open University. Prior to this development, the enhancement of terrorists’ sophistication and abilities through further education made them even more dangerous upon release. (For instance, terrorist Samir Quntar, who murdered a policeman, murdered a father in front of his four-year-old daughter, and then bashed in her skull, completed two degrees while in prison.)

As of March 2013, this improvement remained in effect: terrorists still cannot earn degrees while in jail. The rest of their privileges must be cancelled in precisely the same way. 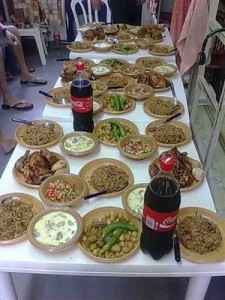 A senior officer in the Israel Prison Service said:

It’s possible to change the rules of the game.
Without violating any international law or the Geneva Convention.
All it takes is to make a decision.