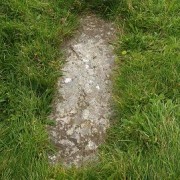 How terrorists are perceived, both in Israel and abroad, is very important to many terror victims. For them it is vital that those who attacked them and murdered their family members are understood to be criminals, not soldiers or legitimate combatants. The portrayal of “their” terrorists as legitimate, human, or motivated by acceptable impulses is very hurtful to the terrorists’ victims. What is more, tending to view murderers tolerantly, as if they were normal human beings, contributes to the deterioration of a society that chooses to view them thus. Therefore, Almagor works to keep terrorists’ corpses in the cemeteries designated for them, within closed IDF zones, instead of being transferring them to their families or the PA, as would be done with soldiers’ bodies.

Such a policy has especially significant ramifications for consumers of foreign media. By dealing with terrorists as if they were civilized people—negotiating with them, giving them land and resources, releasing their corpses to be buried honorably—Israel encourages the rest of the world to deal with the terrorists as if they were civilized. Opinion leaders and decision makers abroad slowly but surely are adopting the terrorists’ position that they are legitimate combatants fighting for a just cause. This development is a key reason for increased international pressure on Israel to make concessions since the Oslo Accords.

Releasing corpses also does damage on the Arab side. When Israel has transferred terrorists’ corpses to the PA, the latter has gone out of its way to arrange fancy funerals and ceremonies to mark their return. This phenomenon is an integral part of the PA policy of using the schools, media, and mosques under its control to glorify those who murder Jews and to encourage others to follow in their footsteps. The terrorists are the cultural heroes of the PA.

Such glorification of terrorists further hurts terror victims and bereaved families. As it is, when those who hurt them were released to the PA, they lost their sense of closure, which is based on knowing that justice has been meted out to the terrorists. Yet it hurts especially to see the honor accorded to the terrorists who hurt them, broadcast on the news for all to see.

In May 2012, when it became known that the Israeli government was to release terrorists’ corpses to the PA, Almagor petitioned the High Court of Justice (case 4222/12) to intervene, through the offices of attorney Naftali Wertzberger. The bodies were nevertheless released, but in January 2013, in order to escape continuing legal pressure from Almagor, the government conceded that in the future, the Ministry of Defense would give the families of those murdered by terrorists an opportunity to request that the terrorists’ bodies not be released, as is the protocol in the case of live terrorists.

Almagor is proud of this accomplishment, and calls for legislation to finish making the required changes: