In 1985, Prime Minister Shimon Peres and Ahmed Jibril, head of the Popular Front for the Liberation of Palestine, concluded the Jibril Deal. A total of 1,150 terrorists were freed from Israeli prisons in exchange for three IDF soldiers who had been kidnapped during the First Lebanon War.

The deal aroused a storm of controversy in Israel, especially due to the stark asymmetry between the price paid and the few released Israeli captives. Aggravating the asymmetry was that these were a small minority of the captives and MIA’s for whose release Israel had bargained.

The disastrous consequences of the price paid began to become clear only three years later, when many of the freed terrorists became the leaders of the first “intifada.”

238 terrorists freed in the Jibril Deal made their way to Samaria or Judea (the West Bank). 48 percent returned to terrorism and were recaptured by Israeli forces.

In 1986, in the wake of the Jibril Deal, the Almagor Terror Victims Association was founded. Since then, Almagor has played a critical role in its active opposition to the release of terrorists from prison.

Almagor advocates for terror victims’ rights. It is long accepted that a crime victim, a person who was caused injury by a criminal act, is entitled to justice: punishment of the criminal, the psychological closure that comes with punishment, laying down the law in its full force. Terror victims, who suffer their entire lives from uniquely evil crimes that hurt both individuals and the public, also are entitled to justice. 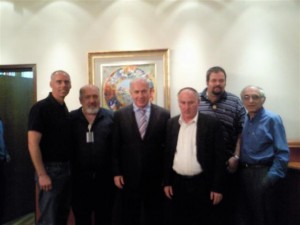