Ayad Adnan Mahmad Daoud (30), of the PA security forces, shot an Israeli civilian near the entrance to Kedumim on 13 March 2013.

The IDF and ISA arrested the terrorist in May, along with his brothers Baha’a (ca. 27) and Mohammed (ca. 22), who had assisted him. All three are residents of Qalqilya.

Ayad was previously taken into custody by PA security forces, but was released when he denied the charge. 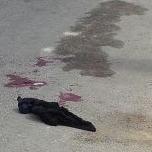 Attacks on Israelis, especially in Judea and Samaria, continued and increased in February 2013.

The terrorist attacks, which were directed by the PA, were intended to create a commotion in the weeks before a visit to Israel by US President Barack Obama, and were intended to influence him to apply more pressure on Israel to agree to PA demands.

As a means of inciting rioters, the PA took advantage of the death of terrorist Arafat Jaradat in prison on 23 February. Jaradat’s death was consistent with hert failure, but the PA insisted that he had died of torture, even after an autopsy showed otherwise.

Jaradat was imprisoned after throwing rocks at Israelis in the area of Kiryat Shemona during Operation Pillar of Defense (November 2012) and injuring one. He also had been in confrontations with security forces in the past. 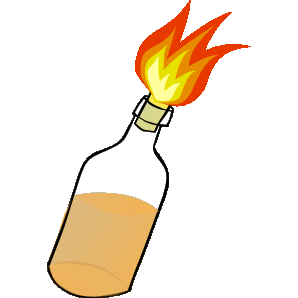 On 26 January 2013, 200 demonstrators in the area of Anin (near Jenin) were distanced from the security fence by forces from the IDF Kfir Brigade. Some of the demonstrators then began attacking the soldiers and throwing rocks at them.

Kfir Brigade commander Colonel Udi Ben Moha said, “There are new trends in the field, and something is changing.”

The rioters were organized by the PA Ministry of Prisoners’ Affairs. 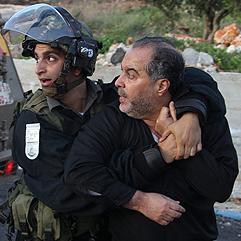 During November and December 2012, the ISA, IDF, and Israel police apprehended a cell of terrorists from Bet Fajar (near Bethlehem) belonging to Fatah’s Tanzim.

PA policeman Alaa Muhammad Shukri Takatka (born 1989) and PA Presidential Guard member Muhammad Yosef Ahmad Takatka (born 1991) had participated in a series of shooting attacks against Israelis in Gush Etzion. In one case, on 11 November 2012, they and their fellow terrorists opened fire on a bus as it left Migdal Oz, and then fired at the security forces who arrived at the scene.

The ISA said: “It was learned from the interrogation of the cell members that they planned to perform additional terrorist attacks in the Gush Etzion area, which were prevented by virtue of their arrest.”

Terrorist Youssef Elian, who worked as a security guard in the PA security forces, was one of four PFLP terrorists apprehended in May 2012 for preparing to abduct a soldier, which they had begun the prior month.

The terrorists’ plan called for abducting a soldier during protests in behalf of terrorists imprisoned by Israel. They aimed to use the soldier as a bargaining chip to free PFLP Secretary-General Ahmed Sa’adat.

The terrorists also planned a shooting attack against soldiers at the Maccabim Checkpoint (near Modi’in) as well as at the Jeba’a Checkpoint (northwest of Jerusalem) in the event that one of the imprisoned terrorists then on a hunger strike would die.

In committing the attacks, the terrorists were to make use of Elian’s weapons, including an M16, short Kalashnikov, Jericho handgun, MP5 submachine gun, and Gluck pistol. 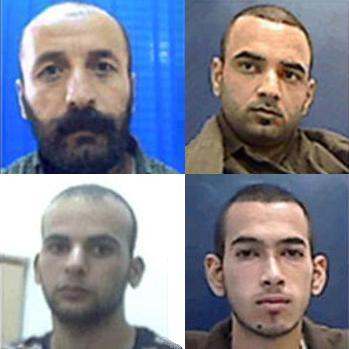 Sa’ar Tzur, commander of the Binyamin Brigade, said that the attackers aimed to injure Israeli forces and then abduct one of them.

One of the members of the terrorist cell was Manzar Abbas, an officer in PA General Intelligence in Ramallah who was responsible for guarding the Red Crescent workers there. Abbas, a weapons trader, provided the munitions used in the attack.

On 23 September 2011, PA security employee Waal al-Araja and his terrorist cell lobbed rocks at the vehicle of Asher Palmer (25) and his son Yehonatan (1) as they drove along Route 60 near Hevron. The father was wounded and lost control of the car, which flipped over. Father and son were both murdered.

The cell also committed other such ambushes with intent to murder Israelis. 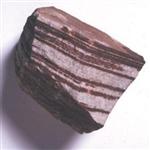 On 24 April 2011, a group of worshipers arrived at Joseph’s Tomb in Shechem (Nablus) to pray there in honor of Passover. Three PA security officers—Nawwaf Fahd Bani A’udah of Tubas, Salih Hamid of Ramallah, and Wael Dawood of Qalqilya—opened fire on them. Ben Yosef Livnat was mortally wounded and proclaimed dead on the spot. Four others also were wounded.

The PA jailed the terrorists, but released them after just two years. They were then arrested by Israel.

In January 2011, security forces took custody of Nazam Shanina, a member of the PA Security Forces living in Ramallah, and two other terrorists who planned to abduct an Israeli and use him as a bargaining chip for freeing terrorists.

They intended to acquire an Israeli license plate and forged Israeli identification cards, buy land, build a structure there to hold their victim, and find terrorists able to cross the Green Line to assist them.

The other two members of the cell were Hamas terrorist Imad Hamza Zahran (31) and PFLP terrorist Jihad al-Shami (34), both of whom had been imprisoned in the past.

The terrorists met during their time in prison together.

As Sgt.-Maj. Ihab Khatib waited in traffic at Tapuach Junction in the middle of the day on 10 February 2010, a terrorist came up to his window and stabbed him twice in the chest. The driver stepped on the accelerator, but his vehicle turned over into a ditch.

The murderer was Muhammad Hatib, a resident of the village of Ya’bad and an officer in the PA police.

On interrogation, the terrorist stated that he was on Mahmoud Abbas’ security detail. 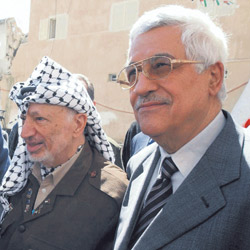 First Sergeant David Rubin and Corporal Achikam Amichai were shot to death by Fatah terrorists from Hevron during a 27 December 2007 hike with a friend in the Mount Hevron area. The two soldiers returned fire, thus protecting their friend, who succeeded in hiding and calling for help.

The soldiers succeeded in killing one of the terrorists, Bassel Natsha (23), while the other two murderers, Ali Dandanes (24) and Amar Taha (26), escaped.

All of the terrorists were PA employees. 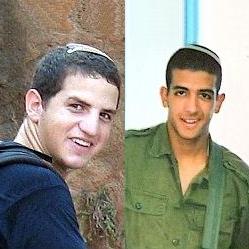 Mahmoud Abbas’ personal bodyguard Moasem Sharif was long on the IDF list of wanted terrorists for his involvement in many of the Tanzim’s shooting and IED attacks. He also was involved in transferring weapons to terrorist organizations in the Ramallah area.

In December 2007, IDF forces embarked on a mission to capture Sharif. However, he opened fire on the troops as soon as he saw them and was killed in the ensuing crossfire.

Ido Zoldan, father of two, was found pierced by bullets in his car near Kedumim in November 2007. The same night, security forces captured two of the terrorists who had ambushed Zoldan’s car and shot him, and some time later the third terrorist was caught.

Two weeks later it was cleared for publication that all three were PA policemen who lived in an adjacent village.

The ISA received information regarding a plan to assassinate Olmert during the visit. Israel warned the PA about the planned attack, and the PA arrested the terrorists. However, the PA then freed the terrorists shortly after Olmert’s visit, although they had confessed their intention to murder him.

Internal Security Minister Avi Dichter announced on 17 October 2007 that most explosives in the possession of Hamas had been received from the PA, which had transferred them to Hamas over the course of the preceding three months.

Dichter noted that the same thing would likely happen in Judea and Samaria (the West Bank) if Israel did not keep up the pressure on the PA.

It was revealed in August 2007 that the Finance Ministry of PA Prime Minister Salam Fayyad had been paying the salaries of the Hamas Executive Force in Gaza. His spokespeople claimed that the salaries were paid accidentally, due to a computer glitch. However, the payment had gone on for an entire year… 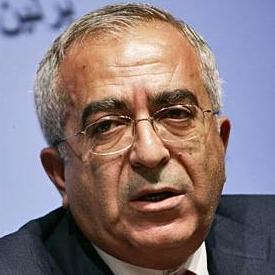