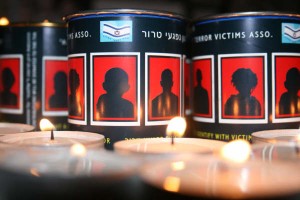 Lt.-Col. (ret.) Meir Indor was born in 1947 to Holocaust survivors who immigrated to Israel from Poland. He was one of the first members of the national-religious community to serve as combat officers in the Israel Defense Forces. Indor fought in the Six-Day War (1967), the War of Attrition (1968–1970), the Yom Kippur War (1973), the Litani Campaign (1978), and Operation Peace for Galilee (1982–1985). As a private, he was wounded in the head by a terrorist with a grenade. Indor commanded a team of the Gaza-based anti-terror espionage Rimon unit as well as the Border Police anti-terrorism unit in Hevron, among other assignments.

Indor led the lobbying effort that culminated in the cabinet decision permitting Jews to again reside in Hevron, was among the founders of Atzmona in Gaza (1979), created the Hevron Fund in the U.S. (1980), participated in the founding of the LIBI fund (1980), was a founder of Sar-El: Volunteers for Israel (1981), set up the Habaita organization to help Soviet Jews come to Israel (1984), and launched the IDF Shomer Israel Project (1985).

Indor has served as CEO of the Almagor Terror Victims Association since its inception in 1986.