Lt.-Col. (ret.) Meir Indor is CEO of Almagor Terror Victims Association. In his extended career of public service, he has worked as a journalist, founded the Libi Fund, Sar-El, Habaita, among many other initiatives, and continues to lend his support to other pressing causes of the day.

A Prize for Murder

Embarrassingly, the terrorist was permitted to go free. 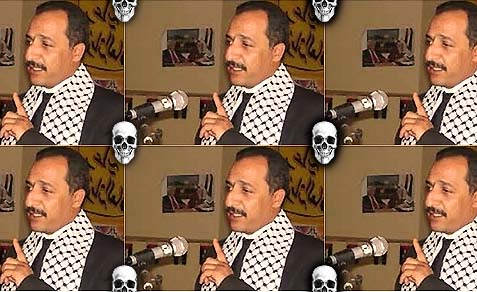 Imagine that a man has kidnapped a girl at gunpoint. He is promised that if he frees her, he will be absolved of all guilt and permitted to go back home. Do you really think that such a person would be let off the hook just because of that promise?

Jamal Tirawi is a senior Fatah and Tanzim operative from Shechem (Nablus). He is the one who dispatched suicide terrorist Muhanan Ibrahim Salahat to My Coffee Shop in Tel Aviv in the spring of 2002. The attack resulted in the murder of Rachel Cherki and the wounding of another thirty victims. Yet the Military Court of Appeals at Camp Ofer decided this week to free Tirawi and annul the sentence of thirty years’ imprisonment he had received. The explanation given: Israel once indicated that it was removing hundreds of terrorists from its list of wanted criminals on the condition that they not engage in terrorist activities, and Israel is required to fulfill this promise. There is nothing of greater importance, reasoned the judges, than that the state fulfill its promises.

With this, the court adopted the position of Avigdor Feldman, the attorney who had defended the murderer. Feldman made no bones about the crimes committed by his client—he simply found a way around them. Meanwhile, the IDF Advocate General, representatives of the ISA, and the first panel of judges to hear the case asserted that the terrorist had returned to terrorism, thus violating the condition on which he had been removed from the list in the first place.

Embarrassingly, the terrorist was permitted to go free.

The victims of his crime were not even notified of his appeal. The very night after he was exonerated, the authorities brought Tirawi to the Balata neighborhood of Shechem and released him. He received an adoring welcome from thousands of young people, some carrying weapons. The message was clear: someone who murders Jews will regain his freedom sooner or later.

Where was IDF Central Command head General Nitzan Alon when all this happened? Part of his job is to approve rulings by the military courts under his command. Why didn’t he, or else the chief of staff, suspend the ruling so that the terrorists’ victims could file their own appeal and petition the Supreme Court to annul the ruling?

According to the legal advice obtained by Almagor from retired judges, including judges who worked in military law, the appeals court’s ruling was nothing short of scandalous. Aside from the fact that the court simply ignored the terrorist’s return to terrorism, the judges were interfering in an inherently political matter. A state has the right to announce a political or military course of action with regard to another country or entity, and then change course. This is outside of a court’s ambit. The Supreme Court has said precisely this in dozens of cases filed by Almagor and others against the release of terrorists. What is more, the Israeli policy was never issued publicly or officially, and it was part of an understanding reached with the PA, not the wanted criminals themselves.

Nevertheless, for the time being, the terrorist is home and the family of the woman he murdered is again in mourning.

Asleep at the Wheel

This week, on 9 May, Rabbi Moshe Levinger received the Moskowitz Prize for Zionism.

In 1967, Rabbi Levinger took responsibility. He led the public to settle Hevron, and from there proceeded to the remainder of Judea and Samaria (the West Bank). It was not the state that did this. The settlement enterprise grew from the grassroots: it was the public that pushed and recruited the political echelon and the state.

The war on terrorism equally must not be left to military men and politicians.

Here are a few examples of successful campaigns against terrorism. Granted, whatever success is attained is scant comfort for the bereaved families, but as far as the murderers’ potential next victims are concerned, the difference is between life and death. The same goes for the many soldiers who endangered their lives to arrest and imprison the terrorists, and were spared from doing so again.

Michael Palmer, whose son Asher was murdered with his own son in a rock-throwing attack near Halhul, came from America to be present at the trial of those who had murdered his loved ones. He retained a lawyer and, along with a group of friends, attends every session held by the court. The judge, a man who had decided in the past that those who throw rocks do not necessarily do so out of intent to murder, determined this time that rocks are lethal weapons. So far the head murderer, Wa’al al-Arja, has received a life sentence.

Had the father not been present at the court, it is more than likely that a plea deal would have crept up over the course of the trial. By virtue of their constant presence, Palmer and his friends brought about an outright conviction.

In another instance, the mothers of the students murdered in Naharayim by a Jordanian soldier extemporized a memorial ceremony outside the Jordanian embassy, following the publication of a letter signed by a hundred Jordanian parliamentarians calling for the release of the murderer. The mothers met with the Jordanian ambassador and extracted a promise from him as a representative of Jordan that the murderer would not be released.

That was a sterling example of civil responsibility.

Alongside acts of murder and destruction, the terrorism machine runs a sophisticated civil support system including jurists, authors, artists, journalists, and more. There needs to be a parallel civilian movement to oppose them. Otherwise, there will continue to be reprises of what happened with Samir Issawi, a terrorist who was released in the Schalit Deal. That deal was conditioned on the terrorists’ not breaking any laws: otherwise they were to return to prison to serve out their sentences. Issawi resumed illegal activities, was caught, and went on a hunger strike. A group of authors appealed to Netanyahu for him, a leftist women’s group broke into the hospital where he was located, Haaretz lent its support, and Netanyahu surrendered. The public failed to wake up and do something. Netanyahu gave instructions to make a deal with the terrorists’ lawyers allowing him to be released early, and instead of ten years, he ended up with eight months!

At Almagor, bereaved parents and terror victims give of their time to fight a civil, political, legal, and media struggle against terrorism. They view themselves as soldiers without uniforms. Their battle cry is “Al magor!” “No fear!”

You don’t have to be a victim to fight terrorism. Join us. Together we’ll put an end to the decline of our national endurance in the face of terrorism.